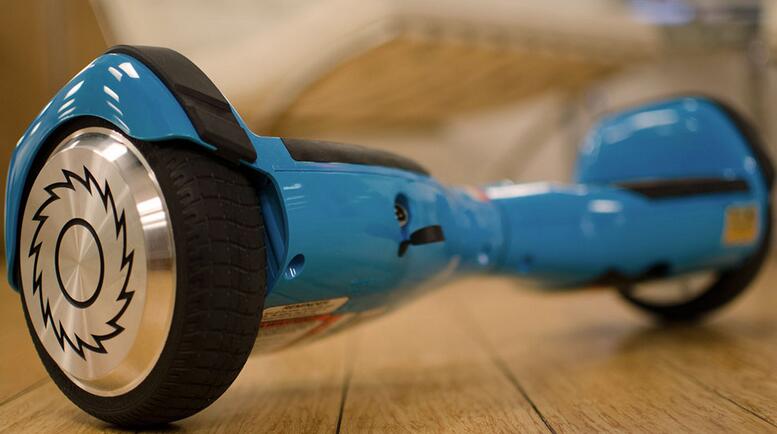 Hoverboards are the most popular transportation devices for both adults and kids. They consist of two motorized wheels linked by a board on which the rider stands.

What Is a Hoverboard?

There’s a platform between the two wheels you’re supposed to stand while riding. When you lean backward, forward, right, or left, the two wheels move in that same direction. Sensors and pressure pads help catch your weight and prevent falling forward. 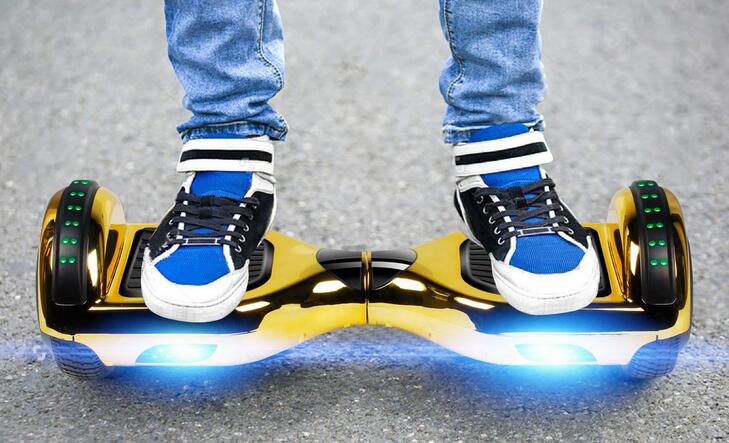 Sadly, hoverboards don’t really hover! They glide around on motorized wheels. However, when looked at from certain angles or when you’re riding one, they look like they’re hovering.

Still, “hoverboard” is more used than “self-balancing scooter.” These electric devices work best on flat and smooth surfaces. But you can also find some off-road hoverboards.

When Did Hoverboards Come Out?

Self-balancing scooters or hoverboards were invented back in 2013. However, they became a subject issue for the patent right upon their invention. Moreover, manufacturing has begun in China.

In 2014, early models caught fire due to the overheating of their batteries. And because of that problem, brands in China and the United States producing them had to recall 50,000 models in 2016.

Who Invented The Hoverboard?

The concept of hoverboards was initially invented in 1967 in the science fiction novel “The Hole in the Zero” by M. K. Joseph. However, people weren’t aware of the idea of electric devices until “Back To The Future II” in 1989. The main character travels to the future on a levitating board in the movie.

Interestingly, the movie was set in “the future” of 2015. Hoverboards were introduced to the market in 2013 and produced a high volume in 2014. In 2015, they already took over the world. However, the faulty batteries started causing issues. Some even exploded and resulted in deaths.

Luckily, those models were retracted from the market, and people improved these machines. Nowadays, they’re completely safe thanks to lithium-ion, rechargeable batteries. Let’s learn more about the inventor of these incredible machines. What’s the history of Shane Chan and hoverboards?

As I already stated, the first self-balancing scooter or hoverboard was founded by this American businessman in 2013. Chan grew up in China. Then, he moved to the United States in 1986. He currently resides in Washington. He was a scientific instrument designer before his hoverboard endeavors.

Until 2011, he worked as a scientific instrument designer. In the early years of his new career, Chan designed Hovertrax. Nowadays, he’s working on his own and improved versions of hoverboards.

Other brands have commercialized them. Now, you can see his copied, improved models all over the market. Chan has ongoing issues with illegally designed copies of his items. They’re being made and sold worldwide out of China. In 2010, he invented the solo wheel, which won various awards.

In 2012, a provisional patent application for the Hovertrax was filed. And the patent was granted two years later. However, the self-balancing scooter or hoverboard was introduced in 2013.

Therefore, it’s safe to say that Chan is the first and official inventor of hoverboards. He’s one of the best innovators. Let’s learn more about hoverboards, their construction, operation, safety, etc. 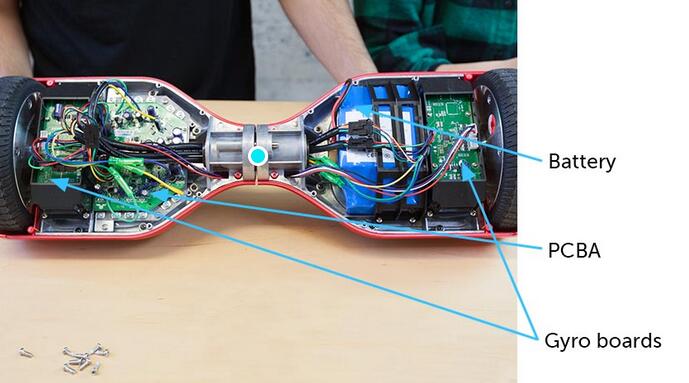 What Are Hoverboards Made Of?

If you’re wondering what hoverboards consist of, look closely at the following section. Let’s quickly dissect hoverboards and learn about the main parts and their primary function.

The gyroscope is the most critical component of a hoverboard. It’s the part that adjusts the platform’s tilt to keep you balanced, which is why some people call hoverboards “gyro scooters.”

Another essential component of a hoverboard is the microprocessor. This part regulates the amount of power going to the two motorized wheels.

Hoverboards run on rechargeable lithium-ion batteries. They keep the hoverboard’s electrical power as well as charge. About 4 hours of charging provides up to 8 miles of riding. However, this mainly depends on your own hoverboard model and other factors such as weight, speed, etc.

The motor plays a vital role in the operation of a hoverboard. This component gets information from the logic board and powers the two motorized wheels when tilted.

The tilt and speed sensors control the device’s speed by measuring how fast the two wheels turn and communicate with the logic board and gyroscope, so they’re essential.

The logic board processes the information from different sensors and forwards the data to the motors, which provides the needed movements and directions. It also ensures the balance of the device.

The pressure pads inform the logic board when someone’s riding and in which direction they want to move. When you desire to ride a hoverboard, you should place your feet on the pressure pads.

The wheels of hoverboards vary in size. Therefore, the size of the wheels depends on the manufacturer. If you’re looking for a more advanced, off-road hoverboard, opt for a model with 8-inch wheels.

Hoverboards have a power switch that turns the board on and off. Most models have a charging port as well. However, you can purchase this part online separately, too! Other extra features include speakers, LCD screens, LED lights, etc.

How Do Hoverboards Work?

For a hoverboard to work correctly, it must remain upright. The microprocessors in these devices control the way towards which you’re leaning.

The gyroscope connected to the microprocessors helps gather more data regarding the device’s tilt. The motors inside the board alter the power outlet to keep your balance while riding.

All the components I mentioned above work together to control the tilt and power of a self-balancing scooter, so the person riding it stays balanced, upright, and at a controlled speed.

Hoverboards have two motorized wheels, each with a gyroscope, tilt, and speed sensors. The gyroscope lets the logic board know which way to go when you get on your device and tilt your balance backward or forward. The logic board forwards the message to the motor.

The IR sensors and pressure pads below the foot platform forward messages to the logic when you aren’t tilting. That notifies the logic board not to start the motor, so the board doesn’t move.

If you move your right leg ahead while riding, your hoverboard will drive the right wheel only. This turns off the engine to the left wheel and allows the board to turn left. For a right turn, you should move your left foot ahead. And if you want to perform a circle, tilt any leg forward.

The New York State Traffic Law 114-d says that public officials consider these electric devices personal but illegal assistance devices. They’re semi-legal in California because Assembly Bill No. 604 limits speed, age, and permitted spaces for use. Children under the age of 16 can’t utilize hoverboards in public.

Furthermore, if you’re over 16 and riding a hoverboard in a permitted space, you can’t surpass 15 mph. In CA, you will also need a helmet if riding a hoverboard, and you should only ride it on streets with speed limits under 35 mph. As you can notice, the laws differ from place to place worldwide.

Germany, England, Wales, The Netherlands, Scotland, Mecca, Hong Kong, Australia, and Toronto also have some regulations on using these devices! So, inform yourself before you take a ride. 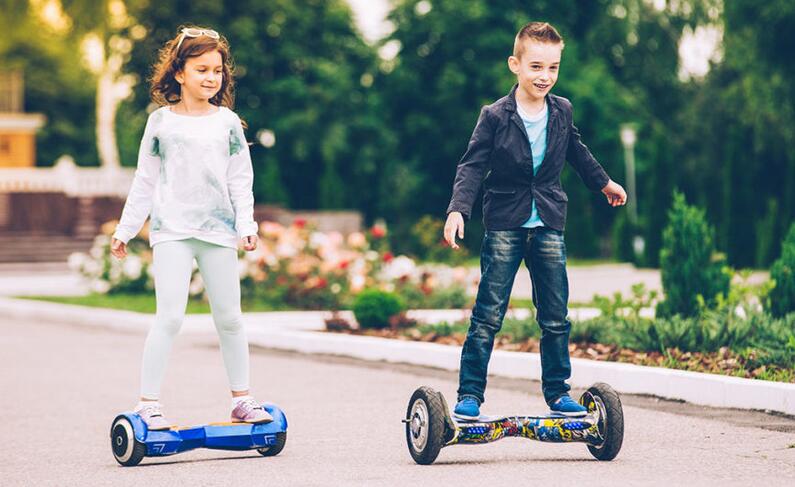 Thankfully, hoverboards aren’t dangerous as they were back in 2015. Now, they’re 100% safe because UL-certified lithium-ion batteries power them.

Almost all electric devices, including hoverboards, use this type of battery because they’re small but can keep a lot of electricity. However, they can also overheat and explode.

Therefore, you should always purchase from a retailer you already know and trust. According to the US Consumer Product Safety Commission, you should avoid buying hoverboards at random websites or suspicious mall kiosks that don’t seem to know much about these units.

If you don’t think you could locate the seller again in case a problem surfaces with your hoverboard, that should be your red flag not to do business with that person or company.

Furthermore, check for certification labels such as ETL or UL emblem on the package, item, and user manual. The things confirm that your hoverboard was carefully inspected at a lab for safety and passed all tests. However, stay vigilant even if you notice the labels on your device.

Manufacturers who don’t care about these customers’ safety will slap a fake emblem on their products. UL works closely with Interpol and US Customs to prevent this problem.

Giants like Target and Amazon sell hoverboards with certifications for chargers and batteries. However, that doesn’t mean the whole hoverboard has been certified, so stay cautious. Some companies even report utilizing Samsung batteries, but they’re faked.

Lastly, if you’re purchasing a hoverboard for your kids, note that some hoverboards come with minimum recommended ages (5-7 years old) and weights (45-50 pounds).

Is A Hoverboard A Kind Of Electric Skateboard? Or Segway?

Segways aren’t hoverboards. They’re bigger machines with bigger wheels. They also weigh up to 100 pounds because of their robust construction.

Moreover, hoverboards have smaller wheels and boards for balancing feet, while Segways have a more robust overall construction and feature a handlebar for balance and steering.

Overall, hoverboards aren’t designed for people who prefer crazy adventures. They’re somewhat dull when compared to Segways. On the other hand, a skateboard isn’t as fast or robust as hoverboards and Segways. Furthermore, they’re not equipped with a self-balancing function.

Hoverboards, also known as self-balancing scooters and Segways, consist of 2 motorized wheels, so they’re nothing like electric or regular skateboards.

Nothing compares to riding a hoverboard. It’s fun and easy! However, if you’re looking to purchase one, I highly suggest you explore the market thoroughly and select a UL-certified model.

Always wear your safety gear and ride your hoverboard on flat, smooth surfaces (unless you opt for a more advanced off-road hoverboard). Also, don’t forget to check if hoverboards are legal in your state. What’s your opinion on hoverboards? Drop a comment below! Let’s talk about hoverboards! 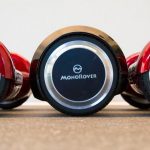 How Much Do Hoverboards Cost? 2022 Prices and Guide 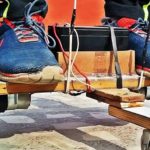 How Do You Make a Hoverboard Step By Step? 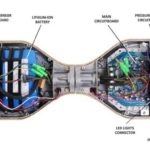 What Does a Hoverboard Look Like: Find Answer Here 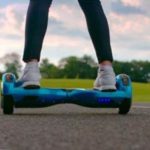 How to Calibrate a Hoverboard Step By Step 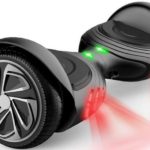 8 Reasons Why Your Hoverboard Could Be Beeping

Find us on social